Have you ever had this thought: how random are slot machines, really?

And if slot machines are random, can this help you win?

It’s not simple to determine if slot machines are really random.

And it’s not easy to explain how randomness in slot machines works.

How Random Are Slot Machines? What Does Random Mean? 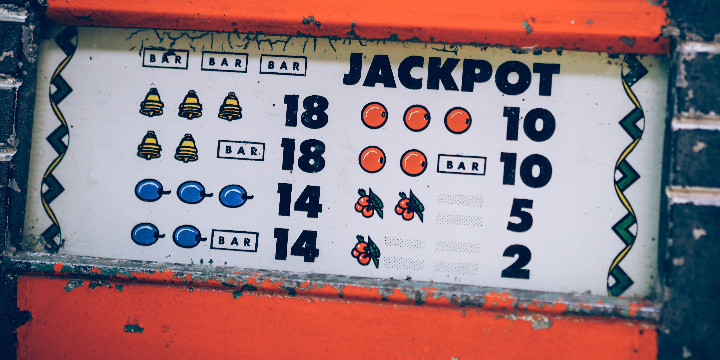 An Example of Randomness Using a Die

Every time you roll the die, you get a random result, even though there are only six possible outcomes.  But even with a die or dice, people often believe they can predict the outcome.

For example, if you rolled a die 12 times and a six hasn’t come up, what are the odds of six appearing on the next roll?

But neither group of people is correct. The odds of six coming up on any die roll are exactly one out of six. Previous die rolls don’t have anything to do with what happens on future die rolls.

Winning or Losing on Each Spin at Slot Machines

When you play slots, you either lose or win on each spin. When you lose, the result is clear, but when you win, you can win different amounts. Your results might appear to be random when you play slot machines. But your results aren’t really random.

How a Random Number Generator Works

An RNG is a simple program that uses a set of possible outcomes. It runs through the outcomes and stops on one randomly when called on by the programming of the computer.

An Example of a Random Number Generator in Action

For example, if you designed a random number generator to work with 100 numbers, the numbers used would go from 0 to 99. The program would continuously run through all 100 numbers at high speed. And every time you needed a number, the program would stop on the current number and display that number.

The program might run through the numbers 1,000 times every second. So, you couldn’t time your request. You couldn’t clock the numbers to make the outcome come out the way you want. Remember that this is a simple example. And it’s not the only way to generate random numbers. You can design a computer program to do an even better job randomizing a set of numbers than this.

Every Possible Outcome on a Slot Machine Is Just a Number

Every possible outcome you can get when you spin the reels on a slot machine is assigned to one or more numbers. When the RNG produces a number, the result assigned to that number is then displayed on the screen. And it determines if you lose or how much you win.

A slot machine might have 500 possible outcomes, or 1,000, or more. The manufacturer of each slot machine starts with the amount or percentage of money the slot machine is going to make as a profit and then assigns the results to the numbers running through the random number generator to create the correct percentage.

Does a RNG Mean Slots Are Really Random?

Here’s one of the reasons why some people get confused about whether or not slot machines are really random:

When the result of the RNG is a loss, the reels displayed show one of many different programmed representations that don’t create a winning combination. And when the RNG determines a win, the screen shows one of the combinations stored in the machine showing the correct line to win the correct amount.

But all the possible results are assigned to the RNG to create a specific profit for the casino from the slot machine. While the individual results come from the RNG, the overall results are set by using the RNG as a tool. I explain why the long-term RNG results aren’t really random in the next section.

In a short period, the results you get when you play slots looks like they’re random. But slot machines are programmed to provide a specific set of results over a long time. And each program works exactly like it’s supposed to work.

Even if a slot machine has 1,000’s of numbers or slots in the RNG, over a long period of time, each result will come up on spins an equal number of times. The reason your short term results look random is that you’re only playing a short amount of time compared to the life of the machine.

Here’s the important thing to understand:

Because of the long-term nature of an RNG, the results aren’t random.

Can You Use Strategy with RNG Slot Machines?

Most slot machines are designed and programmed in a way that makes strategy useless. You can’t time the RNG running the results because it runs far faster than you can predict.

While you can find people who claim they have a winning slots system, I have never found a system that actually works.

What’s More Important Than the RNG in Slot Machines?

Here’s what you know now:

You can’t use a strategy based on random numbers. And you know that slot machines aren’t really random. And there’s nothing you can do to change your results.

It’s more important to play on slot machines with a low house edge and a high return to player percentage than to worry about randomness. The best slots strategy available is identifying the machines with the highest returns and only playing on these machines.

Stop worrying about how random slot machines really are. Instead, focus on finding slot machines with the highest return to player percentages. Random number generators all work basically the same way. But the programming for each slot machine sets the return percentages, so the RNG isn’t important.